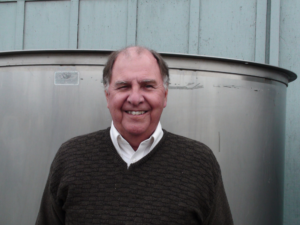 Gary started his introduction as a winemaker learning some of the craft from a small bonded winery and winemaker in Napa Valley in early 1992. His love for Zinfandel and hearty red wines eventually brought him to Dry Creek Valley at the northwest part of Sonoma County. After numerous trips covering three years in Alexander Valley and Dry Creek Valley he visited, for the third time, Dan Teldeschi owner and winemaker at F. Teldeschi Winery. Gary and Dan discussed wine and other subjects over a period of a year when Gary and his wife Jane came to visit. He volunteered to assist at the three major events held at the winery each year starting in 1998. The friendship between Dan and Gary grew along with Gary’s appreciation and knowledge of wine making. They are now partners in foryouwines offering and selling their wines to both wholesale and retail customers.

As he has for several years up to 2015, Gary assisted Dan each fall during crush as they worked together and with Dan’s brother John, collectively produce superior quality wines. Gary has sourced fruit from other vineyards in the past that ended up under either of their labels. Those were Cabernet Franc, Cabernet Sauvignon, Tempranillo, Sauvignon Blanc and Chardonnay. All the bottles of white wine produced from those sources has been sold out as well as the Cabernet Franc.

But making Zinfandel is still his passion and was his signature work using Teldeschi farms grown zinfandel and their other varietals of grape from Dry Creek Valley. As Gary says, “God kissed this valley and blessed me with some ability. My quest is to make wine and share the love, salute.”